Communication had been the biggest USP in Rohit Sharma and Shikhar Dhawan's enormously successful opening partnership and the Indian vice-captain wants to create the same level of understanding with KL Rahul by the time World Cup reaches business end.

Communication had been the biggest USP in Rohit Sharma and Shikhar Dhawan‘s enormously successful opening partnership and the Indian vice-captain wants to create the same level of understanding with KL Rahul by the time World Cup reaches business end.

Dhawan’s fractured left-hand has put Rahul in the line of fire in a stage like World Cup but his senior opening partner is confident that they will slowly be able to build up the right level of communication required in such big event.

In fact against Pakistan, Rohit allowed Rahul to take first strike, which he normally does when Dhawan is around.

“Yeah, KL also likes to take the strike, and for me it was important to give him that because just like me, he also has the mindset of taking the first ball. That is his comfort. He is playing his first game as an opener here, so I wanted to make sure that he’s comfortable,” Rohit said while making it clear what his responsibilities are as a senior player.

Rahul, on his part, knows what a big opportunity it is and he is ready to fill in the big boots of Dhawan till the time he comes back (if at all in this tournament).

“Obviously Shikhar and Rohit for the last three or four years have been such a dangerous combination having done so well. They have owned those positions. I had to wait for my chance and I am just happy that I got to bat in the top of the order,” Rahul told reporters in mixed zone.

However, during their stand of 136, there were a couple of occasions when Rohit could have nearly got run out primarily because of the lack of communication between the two.

But the champion opener is game for this new challenge as that’s what international cricket is all about clearing new obstacles every passing day.

“These are the sort of challenges you face — the understanding of when he wants to run that two, when I want to take that single, and things like that.

“These are very small little things, but of course, eventually they add up to a whole lot for the team because at that point we never wanted to get run out. That was the last thing in our mind to do that,” said Rohit.

But since they batted for nearly 24 overs (23.5 to be precise), they had communicated a lot and it’s only going to improve from here on, feels Rohit

“But we had a lot of communication (during game against Pakistan) while we were batting, so slowly we will build on it. Now that I know he’s going to open for the next few games as well.

“So that conversation between us is really, really important, and I hope that continues because it’s going to only help both of us.”

For Rahul, the biggest challenge against Pakistan was to play out Mohammed Amir’s first spell, which they did with a fair degree of success

“Look I mean, with the new ball against any bowler, you have to see off the first few overs and didn’t know what to expect from the wicket as it was under covers for the first two days. It was important that we saw off the first spell,” the talented Karnataka batsman said.

Amir, whether it was Champions Trophy final in 2017 or the Asia Cup T20, a year before that, he had always struck in the very first over that he bowled but this time around the Indians had done their homework. 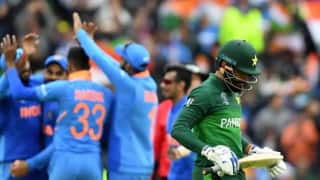 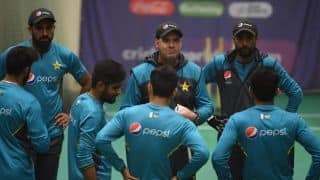