Smriti Mandhana has piled up a remarkable 531 runs from nine ODIs with a high score of 135 and 5 half-centuries this year.

Smriti Mandhana broke into top 5 taking the fourth spot in the ICC Women’s ODI batters rankings. She finished with 181 runs from three matches against England at 90.5 with strike rate of 77.68. She struck as many as 14 fours and 5 sixes, more than any other player in the team. Mandhana has been in top-notch form since the the beginning of the year: be it the series against South Africa in South Africa or the series against Australia at home.

She has piled up a remarkable 531 runs from nine ODIs with a high score of 135 and 5 half-centuries this year. However, Mandhana has more to come in the upcoming matches. Danielle Wyatt, too, went to 47nd spot in the batters list. Ellyse Perry continues to rule the batters list.

Meanwhile, opener and all-rounder Deepti Sharma climbed to 16th spot with total of 104 runs in the series. She also claimed third spot in the all-rounders list after Perry and Stafanie Taylor. As for the bowlers list, Deepti climbed to 14th spot in the list.

For England, Danielle Hazell, who picked up six wickets at an average of 16.33, climbed 16 places to 12th on the bowling charts. Australia’s Jess Jonassen holds on to her spot on the top. 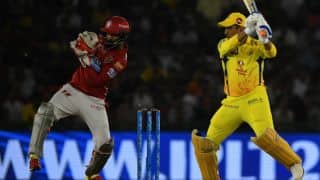