Maqsood said he still watches footage on YouTube of Inzamam smashing Pakistan to victory in 1992.

Maqsood, who hit an unbeaten 93 in Monday’s three-wicket warm-up win over Bangladesh, said he still watches footage on YouTube of Inzamam smashing Pakistan to victory in 1992. Inzamam was a great player and if I come close to what he did in 1992 I would be a proud man,” said Maqsood.

“I grew up watching him as a great batsman,” he added. “I still watch his World Cup knocks on YouTube whenever I get time and it always inspires me to match his knocks. Inzamam was a great player, an icon in Pakistan and it’s my desire to do what he did in his career, especially in the 1992 World Cup.”

In 1992, Inzamam, then 22, blazed a match-turning, 37-ball 60 to help Pakistan beat New Zealand in the semi-finals of the World Cup, also held in Australia and New Zealand.

He then chipped in with another whirlwind, 35-ball 42 in the final against England in Melbourne to finish as one of the stars of Pakistan’s only World Cup win.

“My goal is clear and that is to win matches for Pakistan and for that I am doing extra hard work,” he said.

“We are working on playing more back-foot shots as we are used to playing front-foot shots in our part of the world.”

He added that Pakistan’s first match, against arch-rivals and defending champions India in Adelaide on Sunday, was important for their chances.

“It’s a crucial game for us and if we win that it will be an ideal start for us,” said Maqsood. 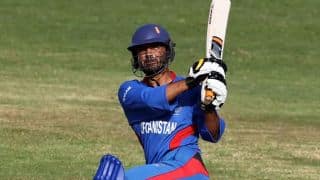 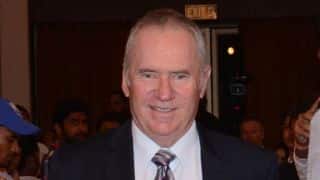