Saxena and Ojha shared 126 runs between them for the third wicket.

Indore: Madhya Pradesh produced a solid batting display to score 271 for four against Jammu and Kashmir at the end of the opening day’s play in a Ranji Trophy Group A cricket match at Indore on Thursday. Opener Jalaj Saxena (89), Naman Ojha (85) and skipper Devendra Bundela (62*) struck half centuries after Madhya Pradesh won the toss and elected to bat.

While Saxena’s 89 came off 177 balls and was studded with 14 boundaries, Ojha took 208 deliveries to score his runs during which he hit four fours and two sixes. Saxena and Ojha shared 126 runs between them for the third wicket to stabilise Madhya Pradesh innings after they lost two quick wickets.

At stumps, Bundela was batting along side Harpreet Singh (13*). For Jammu and Kashmir, Ram Dayal (one for 53), Mehjoor Ali (one for 55), Waseem Raza (one for 72) and captain Parvez Rasool (one for 80) took a wicket each. 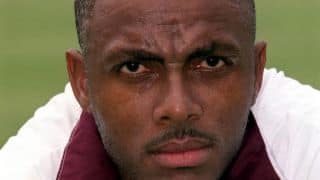