The 33-year-old, who has represented South Africa and the Netherlands at international level, began his second spell with the county in 2016.

Somerset all-rounder Roelof van der Merwe has signed a two-year contract extension that will keep him at the English county side until the end of the 2019 season. The 33-year-old, who has represented South Africa and the Netherlands at international level, began his second spell with the county in 2016. Van der Merwe averaged 70 in the domestic 50-over competition last year after kicking off the campaign with 165 not out from only 122 balls against Surrey.

“I’m thoroughly enjoying my time at Somerset and I’m really looking forward to the next two years. This is a great place to play your cricket and I genuinely feel that we could be on the brink of something special,” van der Merwe said.

Somerset director of cricket Andy Hurry said, “During his time with the club Roelof has made a number of significant contributions with the bat, the ball and with his dynamic fielding. He relishes being in the battle and he has the ability to change the momentum of a game.” 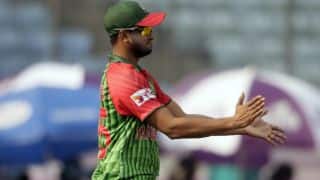 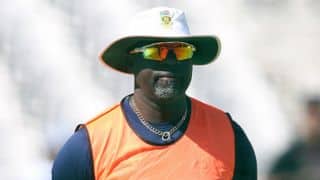