Cameron Bancroft is currently part of Australia's Ashes squad. He has, so far, amassed 126 runs at 31.50.

Australia handed Test debut to opener Cameron Bancroft ahead of the Ashes 2017-18 opener against England. However, the right-hander doesn’t have a lot of runs to show till now. He, nevertheless, has looked promising with solid technique. As a result, Bancroft has been signed by Somerset, for County Championship 2018 and Royal London One-Day Cup fixtures.

“Cameron will be available, subject to permission from Cricket Australia, for the start of the 2018 County Championship season, all of the Royal London One-Day Cup fixtures plus the six remaining Championship matches that take place after the T20 Blast group stages. This will provide us with the continuity that we are looking for from an overseas signing.

After a thorough process, designed to ensure that we secure the best fit for our County Championship and Royal London One-Day Cup needs, I am delighted that we have signed Cameron. He has the appetite and the temperament for scoring big hundreds. He really values the price of his wicket, is mentally tough and highly driven to succeed This will be a key ingredient to us achieving our aspirations of winning silverware.”

Bancroft has amassed 126 runs in the ongoing Ashes series, including an unbeaten half-century. He would like to bat freely with the urn already in the Australia’s kitty. The right-hander shared his views after being signed by Somerset, and spoke about Australia’s connection of doing well in Taunton.

“I’m really excited to be joining a county with so much potential. I’ve heard a lot of good things about Somerset from Justin Langer and it’s clear that they are a team heading in the right direction. There’s a long history of Australians doing well at Taunton, so hopefully I can add my name to that list,” concluded Bancroft. 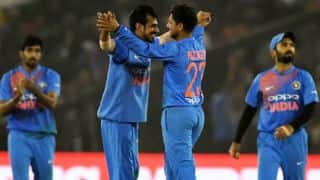