In this period India will be playing five Test matches, three ODIs and three T20Is in England.

Sony Pictures Networks (SNP) India has acquired exclusive media rights from ECB for the Indian subcontinent for a period of five years, from 2018 to 2022. It will be a busy summer in England this time, with India playing 5 Tests, 3 ODIs and 3 T20Is. This agreement allows SPN the rights to both televise and digitally broadcast men s and women s international matches including Tests, T20Is and ODIs, played in England, in the subcontinent. NP Singh, Managing Director and CEO of SPN mentioned in a press release about how Indians are passionate about cricket. He promised to build a multi-sport culture in India.

Cricket is a passion for most Indians: “The acquisition of media rights of ECB for a five-year term, effective now through 2022, provides for some exciting cricket viewership. Cricket is a passion for most Indians and this term of ECB games includes three tours of the Indian cricket team which promises some thrilling cricket, the first of these coming close on the heels of the hugely exciting South Africa series. SPN will now be home to almost all international away series giving our fans a one-stop destination to view their favourite stars in action. We remain committed to building a multi-sports culture in India and we will lead sports broadcast action during June to September 2018 by airing FIFA for football fans and ECB games for cricket lovers.”

ECB CEO Tom Harrison expressed his happiness regarding the rights and believes this will lead to further raise the global profile of cricket: “Today’s announcement means millions of cricket fans across the Indian subcontinent can follow their favourite team in action the next time they tour England as well as enjoying access to iconic cricketing contests like next year’s Ashes.

“It will also help further raise the global profile of the English game – giving both the England men’s and women’s teams valuable exposure in a part of the world where people are passionate about cricket and avid followers of the global game as well as their own national team.”

India will be touring England in July 2018 with the first T20I to be played on July 3 at Old Trafford, Manchester. 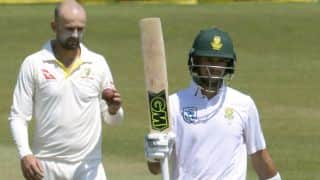