Sourav Ganguly is the highest paid endorser among the retired cricketers, beating his former teammate Sachin Tendulkar. Dada, as he is popularly known, endorses eight brands and charges between INR 1 to INR 1.5 crore for a 4-5 day engagement a year. Ganguly ranks third on the list of (playing) cricketer-endorsers, even though his fees is relatively lower than Virat Kohli and MS Dhoni, who charge between INR 8 to 12 crore a year, a report published in rediff.com stated He was a much sought after endorser even when he was in the team, with brands like Tata Caf and Hero Honda basking in his popularity. FULL CRICKET SCORECARD: India vs Australia, 2nd Test at Bengaluru

While Ganguly was popular for his aggression and ability to fight back in the initial days, today, he is seen as a popular cricket ambassador. His appeal has gone beyond all, especially after his appearance on popular Bengali shows. Ganguly endorses both regional and national brands, including smart phones, laptops and tea. Instead of mouthing big lines, his image is being used to promote such brands. His popularity, especially in Bengal, has attracted brands to consider him as a popular choice.

Ganguly has become the face of Tata’s Tetley brand for its green tea and DTDC’s latest campaigns. He has been associated with Essilor lens, Senco Gold and Burnpur Cement among others for some time now. He is also the face of several real estate projects in West Bengal. It seems that his popularity has not decreased even after his retirement. He has managed to stay in the limelight even after his retirement. India vs Australia, 2nd Test: Sourav Ganguly heaps praise on Nathan Lyon and Steve O Keefe

Speaking about Ganguly’s popularity, Indranil Das Blah, partner and COO at CAA KWAN, a sports and celebrity management company, told rediff.com Ganguly didn t go into hibernation. Even after he retired from the IPL, he was involved through the CAB (Cricket Association of Bengal) and anchored TV shows. In Bengal he is as popular as some of the biggest movie stars from the state, so he makes sense for a lot of brands (to want to hire him).

Ganguly has been a popular among several Bengali shows like Dadagiri (Zee Bangla) and a Bengali adaptation of the popular Kaun Banega Crorepati. These shows have been instrumental in increasing his popularity and national appeal. Sourav Ganguly: Sachin Tendulkar never wanted to take strike while opening

Sushant Dash, regional president (India), Tata Global Beverages, said Sourav has been an exceptional sportsperson. Today, even though he is not an active sportsperson, he still faces the pressure of super human expectations that people have.

Ganguly’s association with Tetley instills more hopes as Dash believes that Ganguly will be a big growth driver for the category. Dash further adds We are also doing print ads and are exploring on-ground activation as well.

Ganguly earns around INR 20 to 25 lakh for a commitment of four to five days a year. The current players like Rohit Sharma and Ravichandran Ashwin charge the same amount and it’s more than Shikhar Dhawan’s payment. Though he is not at even close to Dhoni (INR 8 to 10 crore a year) and Kohli (INR 10 to 12 crore a year) earnings from endorsements. But Ganguly’s endorsement earnings are far more than the retired players.

Though Kapoor believes that Ganguly will remain a brand for years to come, Dash seems to differ. Dash said It is quite clear he is serious about a career in cricket administration. If that is the case, once he is part of the BCCI, he won t be able to endorse a lot of brands if there is a conflict of interest. So like they say, he should make hay while the sun shines. 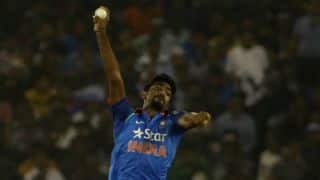