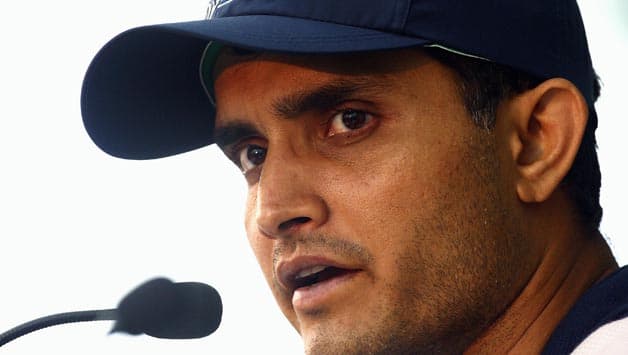 In his latest visit to the city in connection with Udayan, a rehabilitation home for children suffering from leprosy in colonies near Barrackpore which the Australian support, Waugh praised the retired Indian skipper and said he was a brilliant cricketer.

“I mean this is Kolkata and Sourav you know is a great captain. Sourav brought that toughness to the Indian side,” Waugh said.

They both have been very good.”

Waugh backed the struggling Australian team, who is trailing 0-2 against England in the ongoing Ashes after the rain-marred third Test ended in a draw.

“Well they did quite well in the last Test match. It’s a young side that is capable of becoming a good side but it will take some time,” the former Australia skipper said.

However, Waugh said it would be difficult for Michael Clarke‘s men to level the series 2-2.

“If Australia can make it 2-2, it will be an amazing result. But it’s going to be difficult,” he said.

Waugh further reiterated that he is in support of the controvesial DRS what if some some decisions went against Australia in the ongoing Ashes.

“They haven’t suffered because of the DRS. I have said it many times that the DRS is a very good system. The umpiring hasn’t been probably as strong but at the end of the day you get more decisions right than wrong.”

“Everyone needs to interpret the system better. Of course India have their reservations. I think in the future there will be some technology that players as well as the media like,” Waugh added.

Twenty20 might have become the most popular format of the sport, but Waugh said Test cricket is still the ultimate.

“I don’t think T20s are dominating. Go to England to see the crowd there during the Ashes. India got some decent crowds as well.

“T20 of course is a youthful game, people like to see it.

There’s good money in it for players. Test cricket is still the pinnacle of the game,” he said.

Asked about the ball tampering controversy in the 2001 Chennai Test, Waugh said: “I always look at the front window.

I don’t look at the back. That was way in the back and I don’t think about that.”

With Sachin Tendulkar on the brink of playing his 200th Test match during the upcoming South Africa tour, Waugh said: “I think it would be a great achievement something that will be difficult to beat.”

Talking about his visit to Udayan, Waugh said: “It’s a great feeling to come here, to see the happy faces of the children. This is like a second home. Look forward to the time I can come back to Udayan.”

Waugh earlier visited Mumbai and Delhi during his countrywide tour.