Sourav Ganguly on Thursday demanded that the perpetrators should be given "stringent punishment".

Terming the Madhyamgram double gang rape as “horrible”, former Indian captain Sourav Ganguly on Thursday demanded that the perpetrators should be given “stringent punishment”.

Speaking to television channel 24 Ghanta, Ganguly also sought punishment for anyone standing in the way of bringing the perpetrators to book.

“It is a horrible incident. The perpetrators should be given stringent punishment. I can’t even imagine how some people can stoop to such levels. Those who have done this, must be punished,” he said.

Asked about allegations that police took away the body and tried to cremate it, Ganguly said: “If anybody stands in the way of bringing the perpetrators to justice, then they also should be punished.”

The teenager was gang raped twice in October. She breathed her last Tuesday at the government-run R.G. Kar Medical College and Hospital where she was admitted with severe burn injuries on December 23.

In her dying declaration before a doctor and a police officer, the girl said that the rape accused Ratan Sil and Minta Sil set her on fire, Additional Deputy Commissioner of Police (Airport Division) Nimbalkar Santosh Uttamrao told IANS.

The girl’s body was Wednesday consigned to flames amid a raging political row over an alleged attempt by police to forcibly conduct the cremation. 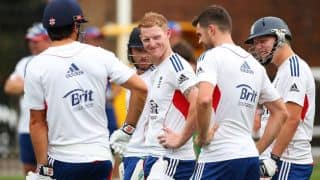