Leading a cricket team is no different from running a family where the members would end up playing for themselves if the captain loses their faith, feels former India skipper Sourav Ganguly. 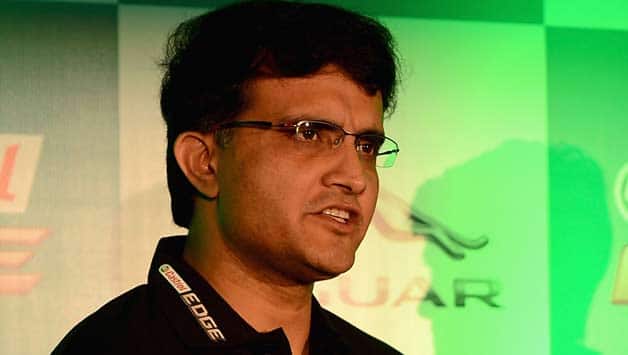 Leading a cricket team is no different from running a family where the members would end up playing for themselves if the captain loses their faith, feels former India skipper Sourav Ganguly.

“As a leader, if you want a good team, you have to be transparent with your players. The biggest quality of the leader is to get the trust of his players,” Ganguly said at the ‘FedEx Master of Deliveries’ event where he discussed leadership with Australian great Adam Gilchrist on Tuesday night.

“We are in an environment where we drop people and as soon as you are left out, as a player you have so many questions on your mind. It is easier to drop a person but you have to speak to him. This is where you stand, this is where we feel you can go but we want you back in the squad and he goes back happy,” he explained.

“And when he comes back he knows the leader has kept his word, he delivers 100 per cent. If that transparency or trust doesn’t generate, at some stage, in a team sport, you find players playing for themselves. And that is when things start going down. You need to avoid getting in those situations,” stressed.

Elaborating on other challenges of captaincy, Ganguly said identifying and managing talent is no small task for a leader. Having people with different personalities in the same dressing room can also be a problem but Ganguly said “you need them to be who they are”.

“Like in families you have certain people going the other way, you have to deal with it. I think that is where leadership comes into picture. You have to handle every individual differently. With all due respects, you had a Rahul Dravid and Yuvraj Singh to deal with, who are completely different personalities,” the Kolkatan said.

“If you asked Yuvraj Singh to read the book he wouldn’t hit the cricket ball the next day. The other way, if you asked Rahul Dravid to go for a party in the night, he wouldn’t wake up the next morning,” he quipped.

Talking about the game in general, Ganguly said the players should just focus on performance when they step on the field and not even think about the rest of the issues.

“I have always believed that once you walk on the cricket field as a player, whoever it maybe 100 Test matches or first game, it is about the cricket ball you should worry. The rest of the thought processes shouldn’t be on your mind,” he said.

All you should worry about is the cricket ball and not about place,” he added.

“I was on the wrong side but I was fortunate to watch Adam’s 100 in Mumbai on an absolute square turf. We had prepared everything before the start of the series. After four or five overs, I looked at John Wright who was standing at the balcony because all I did was exactly opposite of what we spoke the previous night,” he said.

“Fifty per cent of the times you can decide something and it happens the other way. In that era, they were such a great side, you had (Matthew) Hayden and (Justin) Langer, as captain you brought in a left-arm seamer, tried to bring him back take it away from Langer or bowl the short ball,” he said.