Agartala: The one-day or T20 format may be very popular but the real cricket is playing Test matches that actually develop the real skills of a player, according to former Indian cricket captain and Cricket Association of Bengal (CAB) Joint Secretary Sourav Ganguly. He was addressing a packed Rabindra Centenary hall in Agartala during the annual prize giving ceremony of Tripura Cricket Association (TCA). ” Test cricket is the real cricket because there the real skill of a player develops and is tested, irrespective of the popularity for the one-day or T20 cricket,” said Ganguly, who was advising the young crickets of the state who came to see their ‘Dada’ (elder brother) — Ganguly popularly addressed as. READ: Sourav Ganguly to train Tripura U-16 and U-19 teams

Tripura Chief Minister Manik Sarkar, Sports Minister Sahid Chowdhury, TCA Secretary Sourav Dasgupta were some of the other attendees of the programme. 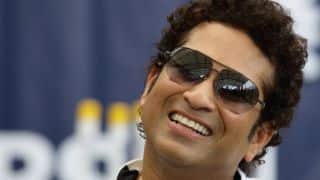 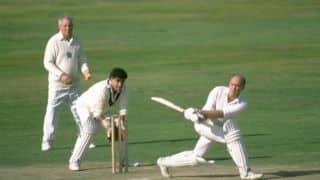