Sourav Ganguly called Virat Kohli the best cricketer in the world at the moment and backed him to take Indian cricket to a different level.

Sourav Ganguly called Virat Kohli the best cricketer in the world at the moment and backed him to take Indian cricket to a different level. Under Kohli s captaincy, India won the ODI series in South Africa 5-1 and fought well in a closely contested Test series, going down 1-2. India also won the T20Is 2-1. Kohli finished the tour with 871 runs, becoming the only batsman to amass over 500 runs in a bilateral ODI series.

Kohli, with 912 points, went past Brian Lara in ICC s Best-Ever Test Rankings. These are second highest points achieved by an India. Sunil Gavaskar had achieved 916 points in September 1979.

Virat is also in the form of his life, I think the way he s played, he s the best player in the world at the moment. When I see him on the field, I see a lot of honesty. It s like you get what you see with him. Everything is there and also he s a class player. So I have tremendous regard for him and tremendous faith in him that he s going to take Indian Cricket to the next level, Ganguly told CricketNext.

Ganguly drew parallels between his captaincy style and Kohli s. He also compared Kohli s style to Dhoni s and remarked that India are very lucky to have them both.

He said, I think Dhoni and Kohli are different personalities. Kohli is very expressive, and so was I. But Kohli has probably taken it one step further. I have to find out, whom does he show that fist to every time a wicket falls.

Dhoni was calm, that doesn t take the nervousness or pressure away from anyone. For Virat Kohli, it s his way of taking pressure away from everyone, and it was same for me. For Dhoni it was to absorb. So every captain is different and I think India is very fortunate to have Dhoni and Kohli.

Ganguly has also praised both, Kohli and Dhoni, in his book A Century Is Not Enough. 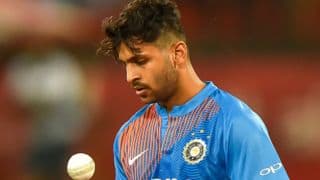 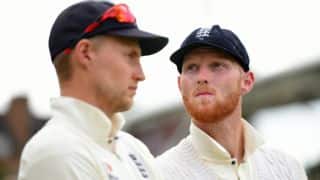