Sourav Ganguly may join the BJP as he is in talks with their leaders.

Former India captain, Sourav Ganguly, is reported to be in talks with the ruling Bharatiya Janata Party (BJP). Ganguly is one of the most popular cricketing figures in India and has a large following, particularly in Bengal. Since retirement in 2008, Ganguly has majorly been seen on television as a commentator and has also taken office in the Cricket Association of Bengal (CAB).

CNN-IBN reported that Ganguly is negotiating with the senior leaders of the BJP and may join the party if those talks are successful. This is not the first time Ganguly has invoked interest from the BJP. In the run-up to the 2014 general elections, Ganguly was approached by the BJP, however he had declined. He had said then, “Yes, the BJP did make an offer. However, I have declined it. I won’t be contesting the elections.” The Narendra Modi-led BJP won the elections in 2014. 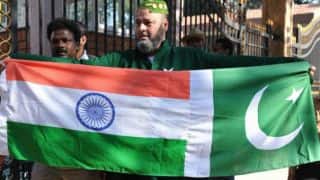 India vs Pakistan, ICC World Cup 2015: Are Pakistan feeling the pressure due to winless record over arch-rivals?