Sourav Ganguly opined that if pitches behave the way they have been doing between India and Australia, the side that wins the toss will go on to win the five-day affair.

Kolkata: Former India captain Sourav Ganguly on Tuesday opined that if pitches behave the way they have been doing in the first two cricket Tests between India and Australia, the side that wins the toss will go on to win the five-day affair. In Pune, Australia batted first after winning the toss while the 22-yard strip was still good for batting. The Aussies put up 260 on the board to set the tone of the game and then bundled India out for 105 in the first essay. The second rubber saw the hosts return the favour after getting the favourable side of the coin and batting first. Full cricket scorecard: India vs Australia, 2nd Test at Bengaluru

It was not a capitulation like the first one where Steve O’Keefe turned on the heat but the Aussies wilted under pressure in the second innings, managing just 112 in their chase of a modest 188. The pitch turned a lot, helping off-spinner Ravichandran Ashwin to return with figures of 6/41. “It was a special win. The comeback was remarkable. But if pitches remain like this, the team that wins the toss will win the match,” Ganguly told reporters. India effected a dramatic turnaround on the penultimate day to pull off a memorable 75-run win after conceding a first innings lead on a challenging track. The series is now squared at 1-1 as both the teams head to Ranchi for the third Test, starting March 16. Full cricket updates: India vs Australia, 2nd Tests, Day 4

After guiding India to a brilliant 75-run win in the second cricket Test against Australia on Tuesday, opener KL Rahul said despite having a sore shoulder, he did not find it difficult to bat as long as he kept scoring for the team s cause. 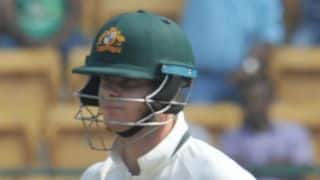 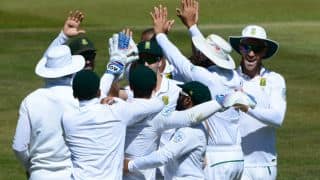