Roger Binny is set to replace Sourav Ganguly as the next BCCI President.

Former India cricketer and 1983 World Cup winner Roger Binny is tipped to replace Ganguly as the new BCCI President. The appointment is likely to happen during the board’s Annual General Meeting.

Meanwhile, despite the tense situation regarding his Presidency, Ganguly seems to be at peace. The southpaw recently attended a promotional event and left everyone in attendance in splits with his hilarious tongue-in-cheek remark.

Ganguly was shown a clip where he was commentating with Harsha Bhogle and Rahul Dravid in a match against England. Rahul Dravid pulled Ganguly’s leg over his bowling and said that Ganguly was not fit enough to bowl. At the time of commentary, Stuart Binny was bowling to Joe Root. It was then when Ganguly brought out his witty best and left everyone is splits with a hilarious remark.

“By the way, that Binny is not Roger Binny. That’s Stuart Binny,” Ganguly said during an event organised by Bandhan Bank.

Meanwhile, Ganguly also spoke about the controversy regarding the BCCI Presidency, saying that one cannot be a player or administrator for lifetime, adding that he will go for bigger things in future.

“You can’t play forever. You can’t be an administrator forever, but it’s been fun doing both and seeing both sides of the coin. I will go for bigger things in future,” Ganguly said on the sidelines of an event. 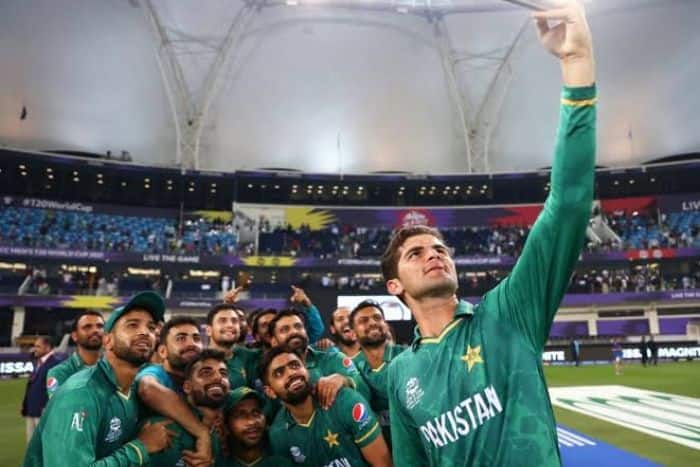 Shaheen Afridi Leaves For Australia After Completed Rehab In London, Set To Play Against India On October 23 AUS vs ENG 3rd T20I: Where To Watch On TV And Live Streaming Details