Sourav Ganguly, however, remains tight-lipped about this issue when he was questioned during a recent IPL game at the Eden Gardens.

Sourav Ganguly and the Cricket Association of Bengal (CAB) are mulling over the construction of a new international stadium in the outskirts of Kolkata. It is believed that CAB have already acquired 10 acres of land for this very purpose. Ganguly, however, remains tight-lipped about this issue when he was questioned during a recent Indian Premier League (IPL) game at the Eden Gardens. As per reports, CAB plans to construct a cricket stadium along with a modern residential cricket school. Ganguly has also supposedly intends to invite architects of the National Cricket Academy, Australia. Along with this ground, CAB also plans to build two other international grounds in accordance with international standards. READ: Sourav Ganguly A prince in exile

Jadavpur University grounds have hosted many national level matches, but it does not have the right infrastructure when it comes to the junior level. During his tenure as CAB President, Ganguly has already installed a bell at Eden Gardens to imitate the five-minute bell at Lord s. 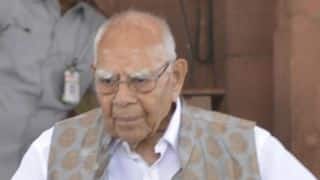 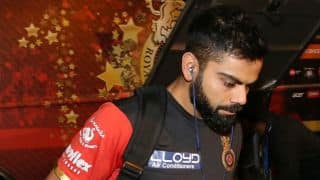 Virat Kohli to host 'Charity Ball' at London on June 5