Sourav Ganguly on joining BJP: Not making any statement

Sourav Ganguly on joining BJP: Not making any statement

It was speculated that former India captain Sourav Ganguly will be joining the Bharatiya Janata Party (BJP) and it still continues. Ganguly was evasive when asked whether he would be joining the party. Sourav Ganguly retired from international cricket and has kept himself involved in the game by playing the role of a commentator.

Ganguly when asked whether he would join the BJP he said,” I am not making any statement, you;’ve been asking me for the ast three hours. Wait, you’ll find out”. Ganguly was given the opportunity to join the BJP in the build-up to the 2014 general elections, but the stylish batsman refused to join the party then. There were reports floating around for a long time about the possibility of Ganguly joining the party, but he has neither confirmed it nor has he clearly said that he will not join the party. Other former cricketers like Kirti Azad and Navjot Singh Sidhu have been part of BJP for quite some time now.

Ganguly, who led India to the finals of the ICC World Cup 2003 has played 311 One-Day Internationals (ODIs) for India and scored 11,363 runs at an average of 41. He has also scored 22 ODI centuries for India. 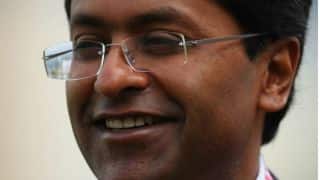 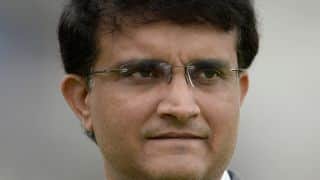