Sourav Ganguly retired from all forms of the game following the 2008 Border-Gavaskar Trophy at home.

Former India skipper Sourav Ganguly has always been vocal on and off the field. It was Ganguly who reinvented the Indian cricket team following the infamous match-fixing saga that rocked the country’s most beloved sport in early 2000s. Ahead of his book launch, A Century is Not Enough, Ganguly revealed interesting facts about his fag end of international career. It is not an unknown fact that Ganguly’s last few years were a constant fight to retain his spot in the playing XI. Referred to as Dada (big brother), Ganguly opened up on retirement decision. He also spoke about how his successor (in captaincy), MS Dhoni offered him captaincy responsibilities in the final hours on the field.

Ganguly had made it official that India-Australia Border Gavaskar Trophy 2008 was going to be his last international appearance. Ganguly was in the squad for the series. However, his name was also mentioned in the Board President’s XI lineup to take on Australia prior to the series a practice match for visitors. A miffed Ganguly was aware of the then Indian selectors’ mindset. After the rigorous fight shown by the former Indian skipper to win back his spot post Greg Chappell-Ganguly period, he was not ready to go through the drill (of regaining selectors’ faith once again). Hence, he decided to end his cricketing career then and there.

Let us know what circumstances prompted a strong-minded personality like Ganguly bow down to selectors’ mindset:

“I wouldn t let anyone else decide my future any more (referring to selectors). I wouldn t go through the ordeal again. I had had enough! Yes, I was angry. After reaching Bengaluru I informed (Anil) Kumble (then Test skipper) that my mind was made up and I would announce shortly.

I ended my final innings in Test cricket in a first-ball duck. Looking back I still feel it was a loose shot as I tried to play Jason Krejza against the turn. The bat had closed early and Krejza easily accepted a low return catch. I have no regrets. It was a bad shot and I paid the price. It was mine for the taking.

As the match came to a close, (MS) Dhoni Kumble retired after the penultimate Test, making Dhoni in charge across formats in a surprise gesture asked me to lead. I had rejected his offer earlier in the day, but could not refuse a second time. Ironically, my captaincy career had begun exactly eight years ago on this very day (November 10). I handled the bowling changes and field placements while the last Australian wicket batted. But I must admit, at that stage, I found it difficult to focus. So after three overs I handed it back to Dhoni saying, it is your job, MS. We both smiled.

I was filled with mixed emotions. I felt extremely sad that the biggest love of my life was going away. On the other hand, I felt deeply satisfied that I had held my head high right till the end. I had competed with the best cricket team in the world in my final series and performed admirably. It proved that a certain Sourav Ganguly was still good enough,” quoted Ganguly.

A person takes up a particular profession on his or her own terms (in most cases). Likewise, the person should also be given the right to call it quits. However, such decisions do not rest in a sportsperson’s career once age (and dwindling form) takes a toll on them. Their supporters vouch for their downfall. Amidst all this, Ganguly also battled the odds and left a mark on the sport forever by leaving on his own terms. In addition, he maintained a good form too. 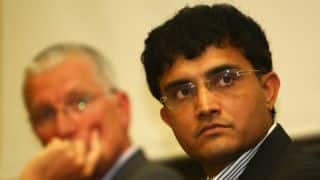 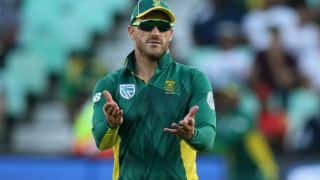