India won the first T20I against England easily by 8 wickets and 10 balls to spare.

India lead the three-match T20I series against England as they won the first T20I at Old Trafford. The visitors won the match comfortably by 8 wickets and 10 balls to spare. England were all confident prior to the series having whitewashed Australia in the limited over series. However, they lost eight wickets after being put to bat and could only manage to posy 159. Kuldeep Yadav registered five-wicket haul to restrict England to a low total.

In the second innings, it was KL Rahul who anchored the Indian innings registering his second T20I ton. He was unbeaten on 101 off 54 balls with an impressive strike rate of 187.04. His innings included 10 fours and 5 sixes. Talking on the same Sourav Ganguly has revealed that Rahul and Kuldeep excite him as players.

KL Rahul excites me, seriously good player and a player who will score runs everywhere, in all formats. Kuldeep Yadav excites me, he is tremendous. Whats Kuldeep done, he has just bowled slow, he has bowled in the right areas, he has bowled a leg-spin and he bowled a goggly. That s all, nothing much. He is one of the most successful bowlers in the world in T20 cricket. He has got the ability to win you Test matches, Ganguly said while talking to Harsha Bhogle on Cricbuzz Unplugged.

Ganguly appreciated Rahul’s stroke playing ability. He also mentioned his gap finding ability and conversion rate with someone like Rohit Sharma on the non-strikers end. The time he has to play is brilliant, especially fast bowling. The knock he played was outstanding. Even Rohit Sharma was batting at the other end and I am not comparing. Rohit has a remarkable record in the shorter formats of the game .

May it was one of those days when you are not able to hit the gaps, which happens when you play for a long period of time. But KL Rahul never looked out of place. He showed the world, we spoke about Virat Kohli in the past, about how to play T20 cricket, just playing normally. When you see England bat when you see a Buttler playing a reverse flick, playing a lap shot and every other shot in the book. And then you see KL Rahul, just stands and hits over mid-off. If it is short, he paddles it over square leg. Complete cricketing shots and I hope Indian cricket looks after him . 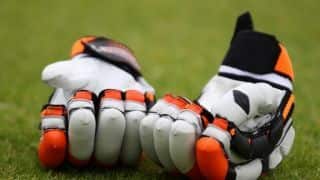 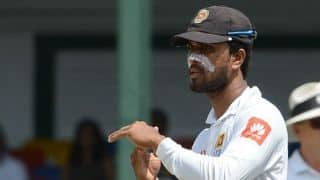