Board of Control for Cricket in India (BCCI) on Tuesday named Sourav Ganguly and Rajeev Shukla as the members of the special committee that will supervise proper implementation of the Lodha Committee recommendations BCCI decided the names through a Special General Meeting (SGM) held in Mumbai. The seven-member committee also consists of BCCI s treasurer Anirudh Chaudhry and acting Secretary Amitabh Choudhary. Marking the event of utmost urgency , the committee has been asked by BCCI to act soon and submit a report on July 11, before the next hearing of Supreme Court which is scheduled for July 14. READ: CoA disapproves fresh applications for India coach job after not being kept in loop

BCCI stated on Tuesday: In terms of the decision taken in the SGM held at the Cricket Centre, Mumbai on June 26, 2017 with regard to the issues relating to the implementation of the judgment of the Hon’ble Supreme Court dated July 18, 2016, the undersigned is pleased to announce the following seven-member committee to identify the few critical points in respect of the said judgement for the General Body of the BCCI to consider before its submission to the Hon ble Supreme Court.

The members of the committee are as follows:

In view of the fact that the next date of hearing in the matter is fixed for July 14, 2017, the committee is requested to fix an early date for its meeting in order to ensure that the above task is undertaken with utmost urgency and its written report circulated by July 10, 2017 so that the same may be considered by the General Body and finalized prior to the above hearing.

The BCCI Acting President, Mr. CK Khanna will be apprised on a regular basis on the deliberations of the committee and the report shall finally be submitted to him to present it to the General Body.

On Monday, BCCI had revealed of appointing a special committee. 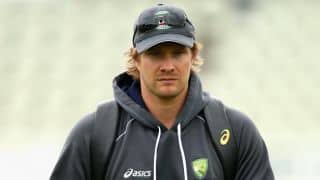 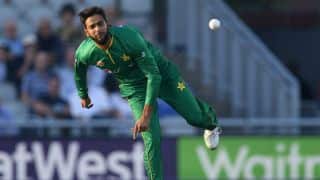