He has been cleared by the ICC, but the BCCI has asked him to undergo another test in Chennai.

Asked why the Board of Control for Cricket in India (BCCI) has not given the go-ahead to the West Indies bowler even after he was cleared by the International Cricket Council (ICC), Ganguly said: “I am not totally aware of the rules and regulations. [BCCI president] Jagmohan Dalmiya will be the better person to answer this. He might have an answer.”

With the IPL starting on April 8, Narine’s inclusion in the squad is still a question mark. The West Indies cricketer was banned during the 2014 Champions League Twenty20 for suspect bowling action.

He has been cleared by the ICC, but the BCCI has asked him to undergo another test in Chennai. The KKR has been on the warpath with the BCCI on the issue, and threatened to pull out of the IPL if he was not allowed to play.

The former Indian skipper pointed out that the inclusion of Sri Lankan spinning legend Muttiah Muralitharan as Bengal cricket team bowling coach will surely come good for the bowlers.

“Murali has been appointed. He needs some time. I hope he will help the Bengal bowlers as much as possible,” Ganguly said. 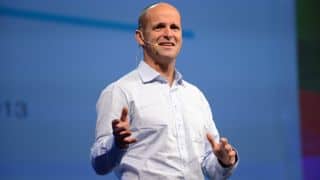 Yuvraj Singh is more motivated than anyone: Gary Kirsten