Sourav Ganguly shared fun facts and trivia about his partnership with Sachin Tendulkar, mentioning that there was this unwritten norm of Ganguly taking the strike almost every time they walked out to bat.

Among one of the most successful opening pairs in ODIs is that of Sachin Tendulkar and Sourav Ganguly. While the duo has broken many records with their crucial partnerships, their friendship off the field has also set example. Recently, Ganguly shared fun facts and trivia about the partnership, mentioning that there was this unwritten norm of Ganguly taking the strike almost every time they walked out to bat. He also spoke about how Tendulkar is off the field, and described him to be one of the most down-to-earth celebrities, who always had his feet grounded . READ: Sourav Ganguly on not being on Ravi Shastri s list: He did not watch me play

On a Bengali talk-show called Apur Sangsar, when actor Saswata Chatterjee asked him why it was Ganguly most of the time who took the strike, the former India captain said, Shuntoi na (He would never listen to me)! I had once told him casually, after all I am the captain of the team, and you all the time walk out and take the non-striker s end . In reply Tendulkar said, When I take guard and when a ball is bowled in India, there is so much heat and chaos in the ground, I find it hard to focus. ”

I rubbished his claim, saying all these are excuses. Tendulkar again said, It s all going well, you take the strike, it is just the matter of a single delivery. I added jokingly, that should be considered for me sometimes as well.

Ganguly spoke about Pakistan series, when he intentionally sent Tendulkar to take the strike. I was having a bad patch. Even after playing 3-4 innings, I could not connect the ball well. I told Tendulkar, let s try something different. You take strike in the Jamshedpur ODI.

But he always had an excuse ready, Ganguly added with a smile. He said, see, the team is winning, why are you thinking about yourself? . I said, ‘you have excuses for every given situation!’ I still requested him, but he was not ready. I did not drag it further.”

We walked out of the pavilion, talking to each other and proceeding towards the wicket. Pakistan had put up around 280. As we reached the wicket, I went straight to the non-striker s, faced the other way and stood still. Now, all the cameras were panning Sachin, and he could not even ask me to go take the strike and had to do it himself. We won the match, we both scored good runs.

After the match, when I told him, see, you listened to me and we both scored. Let s follow this. He straight away said a no, saying, I am not going to take strike, you will do it from next time onwards.

The Dada of Indian cricket also praised Tendulkar for his character. Off the field, Tendulkar is just like a common man. He wants to lead a life, live a life. He has his own tastes, distastes. He wants to do things his own way, which has not been possible for him in India. He belonged to a middle-class family. He has had a normal middle-class lifestyle. But his biggest credit is, his feet were always on the ground. Even after so much adulation and fan-following, for he is the greatest Indian batsman, but you cannot figure that out from his appearance. He always knew exactly where he stood, what is his life, his world. Without this mindset, playing for 24 years would have not been possible. 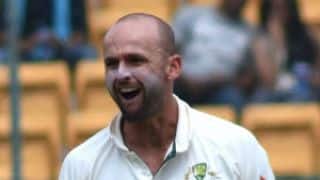 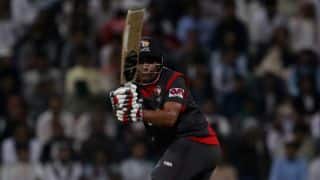