Sourav Ganguly did not elaborate on the debate surrounding the nature of the Nagpur wicket.

Kolkata: Former India captain and current Cricket Association of Bengal (CAB) president Sourav Ganguly chose to stay away from the Matthew Hayden-Ravi Shastri controversy surrounding pitches in India but said that all teams enjoy home conditions. Hayden on Tuesday hit back at India team director Ravi Shastri’s swipe at Australian critics of the spin-friendly pitch prepared for the recent Nagpur Test, saying that having played 103 Tests for his country, he has the right to speak for the game’s betterment. Asked about the controversy, Ganguly said: All teams enjoy their home conditions. Scorecard: India vs South Africa 2015, 4th Test at Delhi

Ganguly also said eventually Virat Kohli would take over as captain in all formats. Too early to say, but eventually he will take over (as captain in all three formats of cricket), Ganguly said at INFOCOM 2015, the 14th edition of the annual Information and Communication Technology conference where he was speaking on ‘Transforming setbacks into Comebacks’. Full cricket updates: India vs South Africa 2015, 4th Test at Delhi

The former left-hander who had captained India for six years also said it was him who went against the selectors to have then leg-spinner Anil Kumble on board for the famous tour to Australia in 2003-2004.

They were opting for a left-arm off-spinner and choosing Murali Kartik for the tour saying that Kumble does not pick many wickets outside India. But I just would not leave without having Kumble in the squad, I said, I am not leaving till I have him in. And finally at 2 o clock at night the selectors agreed, Ganguly said. Matthew Hayden: Have the right to speak about cricket s betterment after having played 103 Test matches

Kumble performed brilliantly in the series and picked up 24 wickets and helped India in drawing the series 1-1. The now 43-year-old who quit international cricket in 2008 said he could have done so two years earlier when he was dropped from the Indian team but said he did not do so as he did not want to regret the decision later.

The biggest setback for me was getting dropped in 2006, because of Greg Chappell. But then I had just got a century against Zimbabwe. The incident changed me as a person, Ganguly said.

I then came back to score my first double hundred against Pakistan, and I got my first ever Test ton at the Eden Gardens. Sachin (Tendulkar) told me he had never seen me batting better before. At times you have to be stubborn and passionate and love your job. 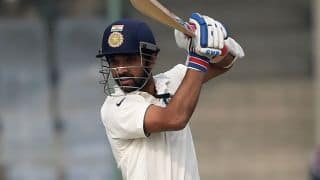 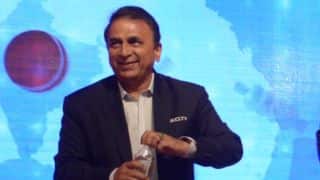