India avenged their Test defeat against South Africa, to claim the ODI series 5-1.

India avenged their Test defeat against South Africa to claim the ODI series 5-1. South Africa, despite being downed by injuries to their key players, were criticised for their team selections. Former India skipper Sourav Ganguly has come down hard on the South African side.

In his column for Times of India, Ganguly wrote: Yes, a team makes changes when it loses but the changes have not made sense for South Africa. It will be a completely new set of players and looking at the importance of the series, I find it hard to understand some of the selections. A tour by India is always special to any country and the South Africans have surprised with some non-selection .

He further questioned exclusion of in-form Kagiso Rabada from the final ODI. He said, The exclusion of David Miller in the last ODI itself was surprising, as is the omission of Kasigo Rabada from the T20 squad. JP Duminy will be leading in the T20 format but was not included in the final one-dayer while Tabraiz Shamsi, who bowled well at Port Elizabeth, was replaced by Imran Tahir in the last game. 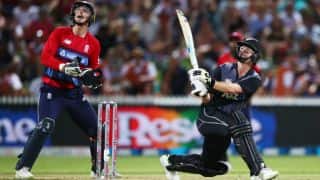