Former India captain Sourav Ganguly might be added to the panel that decides India's future tours and series while BCCI CEO Rahul Johri's addition to it depends upon decisions taken by Committee of Administrators (CoA).

Former India captain Sourav Ganguly might be added to the panel that decides India’s future tours and series while BCCI CEO Rahul Johri’s addition to it depends upon decisions taken by Committee of Administrators (CoA). BCCI has recently released India’s schedule for forthcoming five-year cycle starting 2019. Ganguly and the panel will decide upon the oppositions as India prepare to play 158 matches, 83 at home. It is learnt that in the recent Special General Meeting (SGM) conducted, Ganguly’s addition has been unanimously supported.

Both acting secretary and treasurer believe that Ganguly should be included as this is a purely cricket related issue. A cricketer of his stature giving inputs on FTP would be a great thing, A source from the SGM told PTI.

However, there are still questions hanging in the air about Johri’s participation.

We all know what happened when Johri was told to leave one of the SGM meetings earlier this year. The three office bearers were show caused by the COA. While it is not hidden that the relationship between CEO and office-bearers have been frosty to say the least, the source said of Johri.

One of those office bearers have been queried regarding the incident. He said, In any case, whatever are the findings of the working group, it will be apprised to the general body and the CEO is a part of that body. Why does he require to be a part of this working group? However if need be, we will call him for the meeting. 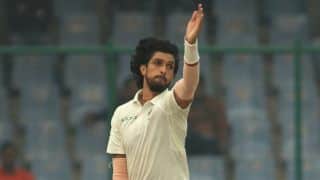