Ganguly will succeed Sujan Mukherjee whose four-year-term is getting over this month.

Former Indian captain Sourav Ganguly‘s much-awaited entry into cricket administration will happen on July 27 when he will be elected Cricket Association of Bengal joint secretary in its 83rd Annual General Meeting (AGM). Ganguly will succeed Sujan Mukherjee whose four-year-term is getting over this month while the rest of the CAB panel will remain the same with 74-year-old veteran Jagmohan Dalmiya set to be re-elected President unopposed.

Ganguly, who is doing commentary in the ongoing Pataudi Trophy in England, has already spoken to CAB chief Jagmohan Dalmiya, CAB joint-secretary Subir Ganguly said. The last date of filing nomination is July 20 and Ganguly’s nomination will be filed on behalf of his club Barisha Sporting, Subir added.

Ganguly’s elder brother Snehashish, however, denied having knowledge of this. “I’ve no idea about this,” the senior Ganguly told PTI. With the third Test beginning on July 27, it is less likely that Ganguly would be seen during the AGM as he would be busy with his commentary commitments.

Ganguly has also forayed into football by successfully bidding for Indian Super League Kolkata franchise along with city-based industrialists Harsh Neotia, Sanjiv Goenka and Utsav Parekh and La Liga champions Atletico Madrid. Seasoned cricket administrator Dalmiya, on the other hand, will continue to remain at the helm of the CAB. The CAB has 121 affiliated units. 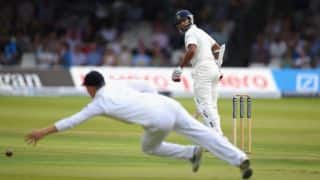 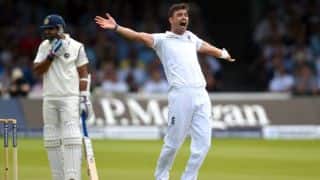