Kolkata: Former Indian cricket captain Sourav Ganguly had a memorable 43rd birthday on Wednesday as he unveiled a 3D printed statuette of himself and soaked in the adulation from the game’s fraternity including legends like Sachin Tendulkar and Anil Kumble. ALSO READ: Sourav Ganguly has busy birthday with cricket and football commitments

Ganguly, who led India in 49 Test matches and 147 One Day Internationals, unveiled the statuette at a brief function in his palatial south Kolkata residence.

“I am overwhelmed by the love and affection that my fans in general and those here in Kolkata in particular continue to shower on me,” said the visibly elated local boy. “I have seen such figurines abroad and am sure 3d statuettes will be embraced by all with equal enthusiasm,” he said.

Ganguly was flooded with wishes from cricketers, sports administrators and his legions of fans. Sachin Tendulkar, who combined with Ganguly to form a fine ODI opening pair, tweeted “#HappyBirthdayDada @SGanguly99, stay young as always!!!”. QUIZ: How well do you know Sourav Ganguly?

Kumble tweeted: “Happy birthday dada @SGanguly99 have a great year ahead! God bless!” The International Cricket Council called him “one of the finest Indian batsmen of the 21st century”. The Board of Control for Cricket in India (BCCI) in its tweet wished Ganguly “a very happy birthday”. 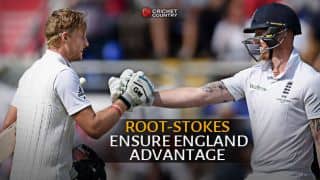