Ganguly said Kohli should enjoy captaincy and prove his strengths to the selectors.

Former India captain Sourav Ganguly wants Virat Kohli to win the Asia Cup 2014, which he believes would help regular skipper Mahendra Singh Dhoni to come out of his comfort zone and reinvent himself as a captain.

“This would help Dhoni to come out of the comfort zone and help him to reinvent himself as a captain,” he explained.

Rubbishing suggestions that it would be a test for Kohli as a captain, Ganguly said the Delhi batsman should enjoy captaincy and prove his strengths to the selectors.

“It would be inappropriate to say that Kohli would be under pressure in the Asia Cup because even he knows that Dhoni would be the captain in the Twenty20 World Cup. So I would advice him to enjoy his captaincy and prove his strengths as a captain,” Ganguly said.

Asked whether captaincy would have any adverse effect on Kohli’s batting, Ganguly recollected the right-hand batsman’s stellar role with the bat in the tri-series in West Indies in 2013.

“It would not be right to predict on Kohli’s captaincy now. But I would like to remind everybody the way Kohli led the team and batted in the West Indies.

“He had scored a 100 there and that helped India to get into the finals,” the 42-year-old former captain said.

Ganguly, however, slammed former Australian skipper Ian Chappell for describing Dhoni as a “meander along like an absent-minded professor strolling in the park”.

“I don’t agree with his [Chappell’s] opinion. I think Chappell should rethink about this comments,” he said.

Chappell in his column for a website had written that Kohli should replace Dhoni as the Test captain after India’s below par performance in England, South Africa and in the recently-concluded New Zealand tour.

Talking about India’s strategy in their opening match against Bangladesh in Fatullah on Wednesday, Ganguly advised Kohli to go with five bowlers, including three pacers.

He reasoned that sides playing in the tournament are accustomed to spin bowling and given the flat pitches of Bangladesh, pacers could be the best bet for Kohli to earn fruitful results.

In batting, Ganguly suggested Kohli should come at number four position to balance the order while Ajinkya Rahane should bat at number five.

In fact, Ganguly said, Dhoni’s absence in the middle-order would also be a test for Ravindra Jadeja and Ravichandran Ashwin. 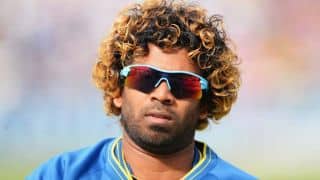