Instead, Parthiv Patel was chosen for the three-Test series and Rahul Dravid kept the wickets in the ODIs. 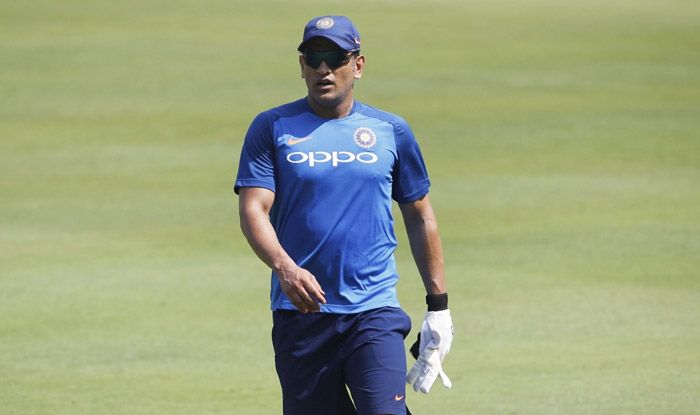 As India skipper, Sourav Ganguly was very keen to have Mahendra Singh Dhoni in the national team for the historic tour of Pakistan in 2004, but the dashing wicket-keeper-batsman missed the bus by the skin of his teeth, John Wright, who was India coach at the time, has disclosed to IANS.

Parthiv Patel was chosen for the three-Test series, the first to be played by India in Pakistan after 15 years, and Rahul Dravid kept the wickets in the five One-day Internationals.

“Dhoni nearly toured with us to Pakistan [in 2004]. Sourav was very keen to have him in the squad. He was on the borderline, and it was one of those decisions that could have gone either way. As it turned out, we selected a successful Test team, and he didn’t make it,” Wright told IANS in an interview, paying rich tribute to Dhoni. India won the three-Test series 2-1 and the five-ODI series 3-2.

“That was obviously when Dhoni had started to come into discussions at the national level. Sourav had very good things to say about him and always encouraged youngsters who came into the set-up. But you never know how things would have worked out [for Dhoni had he been picked for the Pakistan tour]. That’s when I first started to hear about him,” recalled Wright, who had a five-year stint (2000-2005) as the first foreign coach of India.

Dhoni eventually made his One-day International debut in December 2004, against Bangladesh in Chittagong, aged 23 years and 169 days. And he made his Test debut in December 2005, against Sri Lanka in Chennai, when he was 24 years and 148 days old. The man from Ranchi went on to become one of the most successful India captains in the two shorter formats of the game ODI and T20. Besides, he was a reliable hard-hitting batsman and specialised in chasing down winning targets with ridiculous ease in the two formats.

“And Dhoni seemed to be reading the game an over ahead. That’s always a sign of a good, strategic captaincy,” former New Zealand captain Wright said from his home city Christchurch. “He’s obviously one of India’s greatest captains along with one or two in the Modern Era. He has certainly been fantastic for India. His record speaks for itself.”

Also, Dhoni won all three ICC trophies as India captain World T20 in 2007, 50-over World Cup in 2011, and 50-over Champions Trophy in 2013. The dashing cricketer retired from international cricket last month after a highly successful 14-year international career, but continues to captain Chennai Super Kings in the Indian Premier League.

While recalling his association with Dhoni, Wright pointed out that he was with the dasher for a short time, but said he was highly impressed by many aspects of the youngster’s cricket intelligence and personality.

“It was obvious that Dhoni was not only a very gifted cricketer but also an extremely intelligent one. He was a very good listener who didn’t say much in his first series [under me], but was observing and learning all the time. I thought at the time that he had a big future in front of him,” said the articulate former left-handed opening batsman.

Was Dhoni a born leader or worked himself up for captaincy? “I can’t make that judgement because I wasn’t there [for long to see him captain]. He just played just one series [under me as coach]. What I heard from afar was that he didn’t have any difficulty in taking the reins over when there were more experienced players in the side and they seemed to respect his leadership which is always a sign of leadership ability,” Wright said.

The former New Zealand captain seems most impressed by Dhoni’s ability to change gears while batting and adapt to different situations of a game something that he witnessed in India’s home ODI series against Pakistan in 2005.

“He got a hundred in his career’s fifth One-day International [in Visakhapatnam] while Virender Sehwag looked quite slow. That was a brilliant innings. It was one of those hundreds for which you would stand and say: ‘This guy is very special’,” he said referring to Dhoni’s brisk 123-ball 148.

“And in the fourth ODI, came in after openers Sachin Tendulkar and Sehwag had put on a good stand and he came in at No.3. The most interesting thing was that he was quite happy just to rotate the strike and give the batsman who was in, and I thought that it was really intelligent and smart cricket. And that was one of his characteristics not only as a cricketer but as a leader, particularly in one-day cricket, throughout his career. Technically he was very sound,” emphasised Wright. Dhoni scored 64-ball 47 in Ahmedabad, though Pakistan won the game.