Sourav Ganguly feels that it is just a matter of time before Virat Kohli and Rohit Sharma gets back among runs. New Delhi: Former India captain and BCCI President Sourav Ganguly feels that Virat Kohli and Rohit Sharma are great players and it is just a matter of time before we see both of them back among the runs. Ganguly further added that although he doesn’t know what is going inside Kohli’s head but he is confident and hopeful that he will soon regain form and get some good runs.

“They are great players and I am sure they will get back in form. I hope they start scoring runs soon. I don’t know what is going on in Virat Kohli’s head but I am sure he will regain his form and get some good runs. He is a great player,” Ganguly told News18.

Talking about the IPL, the BCCI President said that he is very impressed with the two new teams – Gujarat Titans and Lucknow Super Giants this season and the tournament is still wide open and any team can win it from here on.

“Oh, it’s very interesting, I am watching (the IPL). Any team can win and everyone is playing well. The two new teams – Gujrat Titans and Lucknow Super Giants – are doing well,” he said.

Both Kohli and Rohit have not had the best of IPLs this season. While the former Royal Challengers Bangalore skipper has scored 128 runs in nine matches, the Mumbai Indians captain has scored 153 runs in eight matches. Mumbai Indians have failed to win any of their eight matches played so far and are languishing at the bottom of the table while Royal Challengers Bangalore find themselves fifth in the points table. 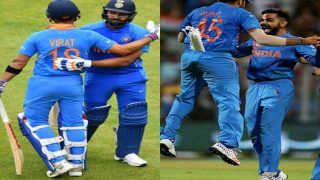 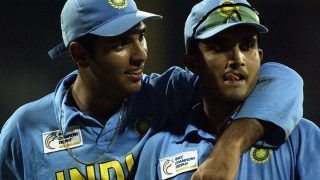