The theme of Garia's Navo Durga Puja pandal is the famous Lord's balcony where former Indian captain Sourav Ganguly took off his shirt and waved it to celebrate his team's famous victory.

New Delhi: Sourav Ganguly achieved numerous successes as the captain of the Indian cricket team and the best of them was the final of the NatWest series at the Lord’s Cricket Ground. India won the match to clinch the series and then the Indian captain took off his shirt and waved it on the Lord’s balcony. It was a sight to behold for the Indian fans; now they are reliving the moment through a Durga Puja pandal in Kolkata.

The theme of Garia’s Navo Durga Puja pandal is the famous Lord’s balcony where former Indian captain Sourav Ganguly took off his shirt and waved it to celebrate his team’s famous victory in the NatWest tri-series final against England in 2002.

A temporary structure of Lord’s Pavilion was set up adjacent to the pandal for Ganguly from Puja Committee. Iconic Lord’s moment is the theme of this puja pandal (27.09) pic.twitter.com/ElAI3Gqdel

Sourav Ganguly inaugurated the pandal himself and waved the Indian flag on it. He was accompanied by a lot of people during the inauguration of the pandal.

A lot of people reacted to the inauguration. See here:

There wasn’t anything wrong with Waving shirt in celebration.

People just get mad at nothing burger.

Google “Durga Puja pandal” and understand the concept of this festival before opting blatant vilification.

Or, keep your ignorance to yourself. India vs South Africa 1st T20I, Thiruvananthapuram: A Look At Predicted XIs Of Both Teams 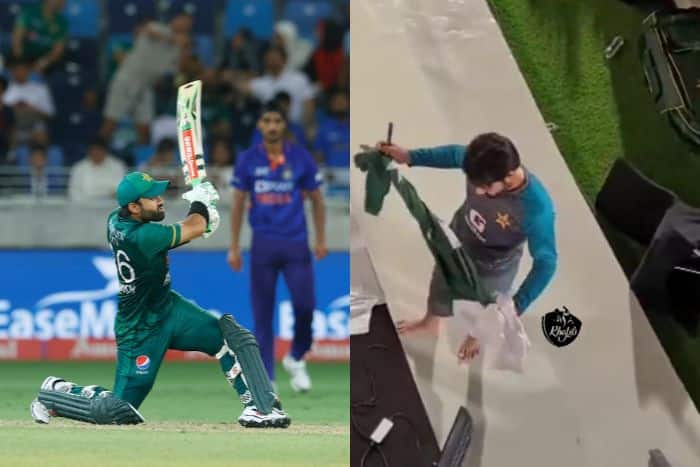