Viswanath said age has got nothing to do with the responisbility one is entrusted with.

Asked if at the age of 42, Ganguly is still young to take up an administrator’s job, Viswanath stated that age has got nothing to do with the responisbility one is entrusted with.

“I was 20 when I made my Test debut but I felt it was the correct age for me. Also one should grab the opportunity one gets,” said Viswanath, who was a darling of Eden Gardens public, during his playing days. “I scored a 0 in my debut innings and came back scoring a ton in the second. If he has got the opportunity, he should make good use of it,” Viswanath told reporters referring to his duck and 137 in the Kanpur Test in November 1969.

“He [Ganguly] has proved himself as a cricketer. It’s good that he’s taken up this role, he’s got tremendous knowledge of cricket. It will be good for Bengal cricket,” the stylish batsman said. Ganguly is all set to be elected uncontested as the Cricket Association of Bengal (CAB) joint secretary at its 83rd annual general meeting tomorrow. 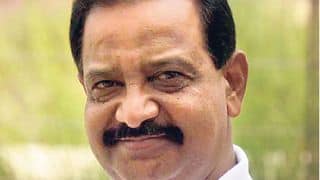