Chasing a formidable target of 129 runs in 12 overs, Sourav Ganguly struck an unbeaten 53 runs off 32 balls. 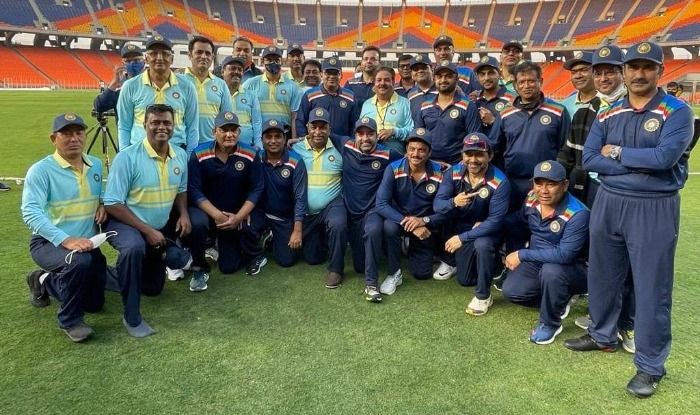 In a 12-over friendly cricket match, Jay Shah’s Secretary XI beat Sourav Ganguly’s President XI by 28 runs at the Motera Stadium on Wednesday. A day before the Board of Control for Cricket in India’s (BCCI) 89th Annual General Meeting (AGM), a cricket match was organized between board members where BCCI President Sourav Ganguly led President XI, while Secretary XI was captained by Jay Shah. The two on-field umpires for the game were Anil Patel and Brijesh Patel.

Shah’s Secretary XI batted first as former India captain Mohammad Azharuddin opened the innings for them alongside Arun Thakur. Azharuddin smashed 37 runs off 22 balls before getting retired hurt. His innings was laced with seven boundaries. Meanwhile, Jaydev Shah was the top-scorer for Secretary XI with his unbeaten 38-run knock as they posted 128/3 in the allotted 12 overs.

Former India captain Ganguly picked a wicket for his team as he gave 26 runs in his three overs. The BCCI president also took a catch of Secretary XI’s opener Thakur.

Meanwhile chasing a formidable target, Ganguly struck an unbeaten 53 runs off 32 balls, which includes six fours and a six. Despite his captaincy knock President XI suffered a 28-run defeat as apart from Ganguly, none of the other batsmen made a valuable contribution in the chase.

Secretary XI’s skipper Jay Shah was the pick of the bowler from his side as he scalped two for 39 runs in four overs.

Meanwhile, the inclusion of two new IPL franchises, a discussion on the contentious tax exemption demanded by the ICC for global events in India and the formation of various cricket committees will be on top of the agenda when the BCCI holds its 89th AGM on Thursday.

“At this point, the 10-team IPL, if BCCI intends to conduct it in 2021, will be a hurried one given that the tendering process and a mega auction will be difficult to organise in such a short span of time,” a senior BCCI official told PTI on the eve of the meeting. 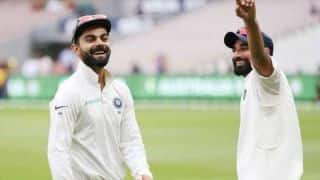 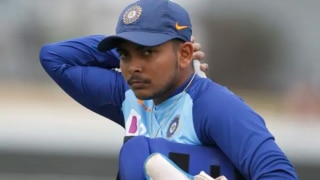