India A batsmen faltered against South Africa A spinners to concede a 46-run first innings lead from a comfortable position on day three of the second and final unofficial Test here. In response to South Africa’s 322, India could manage 276 despite starting the day at 181 for 3. The hosts, in their second innings, were 138 for four at stumps, extending their overall lead to 184 runs. Earlier, the Indian middle lower failed to capitalise on the good work done by the top three Ravikumar Samarth (77), Sudip Chatterjee (46) and Shreyas Iyer (65). Iyer could not add much to his overnight tally after starting the day at 56. His innings comprised five fours and four sixes.

India’s first innings total would have been much lesser had it not been for number 10 Shahbaz Nadeem, who scored 36 off 67 balls to take his team beyond 250. The visitors, who trail the two-match series 0-1, struggled especially against the spinners with offie Dane Piedt (4 for 70) and leggie Shaun von Berg (2 for 84) taking the bulk of the wickets. Dane Paterson (3 for 48) was the stand out pacer. South Africa’s second innings was again anchored by opener Stephen Cook, who remained unbeaten on 55 off 162 balls at stumps. India did well to South Africa to reduce to 88 for four before Cook and Andile Phehlukwayo (29) frustrated them with an unbeaten 50-run stand. 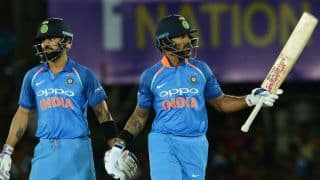 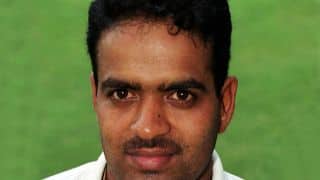