South Africa bundle out New Zealand for 149 in series decider

South Africa bundle out New Zealand for 149 in series decider

South Africa will like to take revenge from New Zealand at the same venue where they lost the semi-final of ICC World Cup 2015.

In the series decider of the five-match ODI series, New Zealand finished with a paltry total of 149 batting first at the Eden Park in Auckland. South Africa‘s skipper AB de Villiers had complained of lack of intensity in his side’s drubbing in the previous game but they bounced back in style at Auckland. There were silly mistakes, some needless striking from the hosts coupled with wicket-to-wicket bowling from South Africa which kept the opposition on the mat from the beginning. South Africa will like to bring New Zealand’s rich vein of form (winning 8 consecutive ODIs at home) to a halt by winning the series 3-2 when they come out to chase. Live Cricket Scorecard, New Zealand vs South Africa, 5th ODI at Auckland

Opting to bowl, de Villiers’ side got off to a flying start. Chris Morris and Kagiso Rabada bowled in tight lines and tested last match’s hero, Martin Guptill’s patience. The law of averages had the last laugh against Guptill who went for 4 after scoring 180 not out in the fourth ODI. Dean Brownlie and Kane Williamson tried to steady the ship but some careless running between the wickets saw Williamson depart for 9. The duo tested de Villiers at short mid-wicket who churned out an easy run-out.

Brownlie was the next man to follow who got stuck in the crease and missed the length by Andile Phehlukwayo. Phehlukwayo, after missing the last game, came back strongly with a wicket-maiden over and pushed New Zealand back. He was not done yet as he removed Ross Taylor for 8. Taylor was also guilty of remaining in the crease, with minimal foot movement, as the ball struck his pads. He was adjudged out leg-before and the hosts were surely on the backfoot from thereon. Luke Ronchi and James Neesham tried to rescue their side but failed as well.

Morris was brought back in the 20th over and the move paid dividends instantly by sending Ronchi back. The wicketkeeper-batsman, Ronchi, tried to leave a short ball but it kissed his gloves. Neesham looked in his elements and was striking the bad balls to the fence. Nonetheless, the big job of rebuilding the innings got the better of him as he was outdone by Rabada’s short-pitched ball. He was lazy into his shot and gave a simple catch to JP Duminy at backward point.

Colin de Grandhomme and Mitchell Santner joined hands in the middle with the score at 87 for 6. The duo added 45 runs together amidst a nervous start. Both the batsmen gave a simple return catch to Rabada and Imran Tahir but the bowlers missed the opportunity thrown at them. However, there was no damage done as Santner departed for another needless run in the inner circle.

Santner dabbed one and ran when the ball had not even crossed Duminy at point. He was run out for 24 off 50 balls, thereby depicting his inability to rotate the strike. De Grandhomme was looking good but began to lose partners quickly. Tim Southee and Jeetan Patel came and perished quickly as Tahir was among wickets.

De Grandhomme was the last man out for 32 as Trent Boult remained unbeaten on nought. South Africa will like to wrap up the match, and series, in style and take revenge of their semi-final loss against hosts on the same venue in ICC Cricket World Cup 2015. De Villiers will be mighty pleased with his bowlers and fielders and will now look up to his batsmen to seal the deal at Eden Park.

The decision to bowl by de Villiers might have come riding on his strengths. He has been immaculate with the willow and has bailed his team out from tough situations. He will like to soak up the pressure, if the need be, and script another series win. 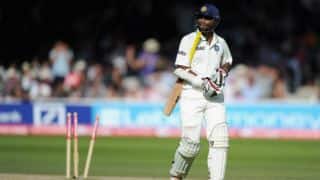 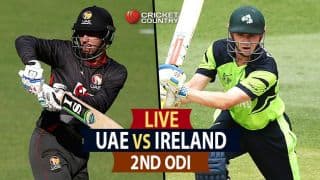