Lukhanya Tsiki has collapsed and died of suspected heart failure while training with his academy side in the Eastern Cape town.

Alice (South Africa): A South African cricketer has collapsed and died of suspected heart failure while training with his academy side in the Eastern Cape town. Lukhanya Tsiki, 22, was taking part in fitness tests on Monday at Fort Hare Academy when he suddenly collapsed when his group took a break from their exercises. The academy is run by former South Africa Test fast bowler Mfuneko Ngam. “He was fine, he didn’t have any problems, he was one of those guys who could run the yo-yo (bleep test) up to 20. He ran 17 and after he was finished, he took his shirt off and sat with his mates and coughed and collapsed. We took him to the hospital but it was too late,” Ngam was quoted as saying by ESPNcricinfo. Dale Steyn in favour of, AB de Villiers against Day-Night Test for South Africa tour of Australia

Tsiki is survived by his brothers, Khaya and Cebo, and his sister, Neliswa. Cebo represented SA Schools in 2007 and made his franchise debut for the Cape Cobras during the course of the 2015-16 season. Cricket South Africa chief executive Haroon Lorgat expressed condolences to his family and called it a shocking news. Cricket South Africa set up committee to review Proteas debacle in World Cup events

Meanwhile, South African pace bowler Dale Steyn has spoken up in favour Day-Night Tests, and has said that he is looking forward to bowling with a pink ball before he calls it a day in international cricket. South Africa will tour Australia for a three-Test series later this year, but a number of the South African players have spoken against playing a Day-Night Test. Speaking to cricket.com.au, Steyn said, I don t want to go through my whole career without playing a Day-Night game. How cool are they? I thought it looked awesome when New Zealand and Australia played one. 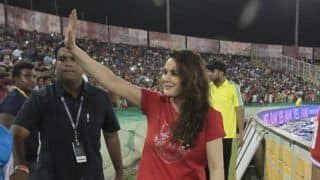