Wayne Parnell is ruled out while Kyle Abott and Ryan McLaren make comebacks.

South Africa face a selection dilemma ahead of the decisive third Test against Australia at Newlands, Cape Town despite a convincing 231-run second Test win in Port Elizabeth.

At least two changes seem likely, and the uncertainty of the selectors about their final eleven was indicated by their naming of a 16-man squad for Cape Town.

The groin injury suffered by left-arm fast-medium bowler Wayne Parnell will reopen the debate about whether to pick an all-rounder or a specialist bowler.

Ryan McLaren, ruled out of the Port Elizabeth Test after suffering concussion in the first Test loss at Centurion, was named in the squad for Newlands.

Abbott made a sensational debut as a late replacement for injured players when he took seven for 29 against Pakistan at Centurion last season and had match figures of nine for 68.

But if past policy is followed, preference will probably be given to Rory Kleinveldt, who has been in the squad for all three Tests, if South Africa decide to again pick four specialist seam bowlers.

Left-arm spinner Robin Peterson, who did not play in Port Elizabeth, is also in the squad if a specialist spinner is required.

Dean Elgar, who made 83 as an opening batsman in the first innings of the second Test, will probably make way for Alviro Petersen, who missed the game because of illness.

Petersen scored two and one at Centurion.

Elgar could still play, but as a lower-order batsman in place of Quinton de Kock, who was a late inclusion in Port Elizabeth after Petersen’s illness. 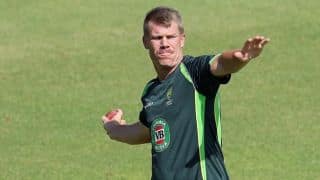 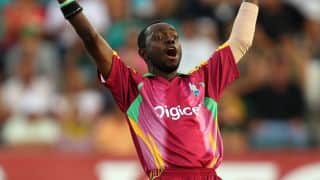