South Africa have made two changes for Thursday's second Test against Australia in Adelaide, bringing in leg-spinner Imran Tahir and all-rounder Faf du Plessis, who will make his debut. 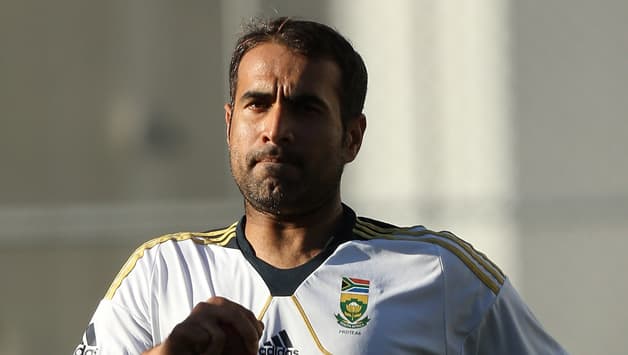 South Africa have made two changes for Thursday’s second Test against Australia in Adelaide, bringing in leg-spinner Imran Tahir and all-rounder Faf du Plessis, who will make his debut.

Skipper Graeme Smith said Tahir would be the frontline spinner on an Adelaide Oval pitch expected to take wear as the match goes on.

“The majority of the time we like to go in with a spinner,” Smith said of Tahir’s selection.

“I think Brisbane was a slight change for us in terms of tactics, but it’s back to normal now and we’re looking forward to him hopefully playing a big part in this Test.”

Du Plessis replaces Duminy, who ruptured an Achilles tendon while warming down on Brisbane’s Gabba ground after the opening day’s play in the first Test.

“I think Faf is in the same mould bowling as JP (Duminy),” Smith said.

“He can play a role and obviously by picking Imran he will front up for the majority of that spin option, but having Faf available is having someone else in the group who can contribute.”

“The fact that he’s making his debut is exciting, it’s a wonderful opportunity for Faf,” Smith said.

“I think he’s had a high standard in the last few years. He’s played a role in the one-day and Twenty20 formats and I know he’s really excited to get the opportunity to play Test cricket.

“He’s been around this group now since England and he’s been part of special times, so I think he’s looking to make a mark on this team.”