Potchefstroom: Teenage fast bowler Lahiru Kumara took three wickets as Sri Lanka looked set to take a first innings lead on the second day of a three-day match against a South African Invitation XI at Senwes Park on Monday. Kumara had figures of three for 36 as the Invitation team reached 285 for eight at the close, still 88 runs behind the tourists’ first innings of 373. Left-hander Leus du Plooy was responsible for almost half the Invitation team’s total, stroking 142 off 159 balls with 25 fours. Du Plooy, 21, is a product of the same Pretoria school that produced South African captains AB de Villiers and Faf du Plessis. He has made three first-class centuries but Monday’s effort will not have first-class status because the Sri Lankans were able to use all 15 members of their touring squad.

Du Plooy eventually fell to Kumara, who earned his first two Test caps in a recent series in Zimbabwe. Captain Angelo Mathews and off-spinner Dilruwan Perera both took two wickets. Du Plooy was the only South African batsman to shine, with no other player making more than 25. Earlier, fast bowler Duanne Olivier took three of the last four wickets as the Sri Lankans could only add 45 runs to their overnight total of 328 for six.

Olivier finished with four for 54. It is the only warm-up match for Sri Lanka, who start a three-Test series against South Africa in Port Elizabeth on December 26. South Africa will face stern challenge of Sri Lanka as they face them in the first of the three Tests at the St George’s Park, Port Elizabeth from 26 to 30th of December. 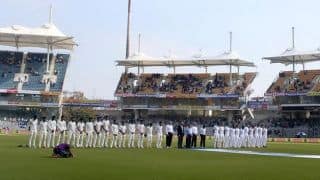 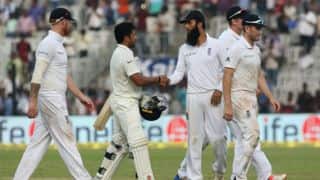