Despite being bowled out for just 73, their lowest Test score since re-admission, in the second innings in Galle over the weekend, the touring South African team has not hit the panic button as it heads to Colombo for the final Test, says their batting coach Dale Benkenstein.

Speaking to reporters in Galle on Monday after South Africa’s record-breaking defeat to Sri Lanka, Benkenstein said that minor technical and mental adjustments needed to be made.

“It is a combination of both. Technically you have to have faced a spinning ball, there are few things technically that you have to adjust to. I would say 90 percent is about being tough mentally, being used to the ball spinning past the bat. We were weak on that side, when you have had a lot of Test cricket you are ready for the pressures and we were a bit low on that,” said the former South Africa batsman, who played 23 ODIs.

“All the players take responsibility, as well as the coaches. I don’t think we are far off, in the little time that I have had with the national team, we have had some poor days because we are off. It is not a big gap, it may seem like it with the result, but if we put all the things right we will be on the money in Colombo.”

Sri Lanka crushed South Africa by 278 runs in Galle, and must now win the second Test starting at the SSC on Friday to draw the series. Of the 20 wickets to fall to Sri Lanka’s bowlers, 17 were to spin.

According to Benkenstein, no amount of practice in the nets could prepare the touring batsmen for the threat that Sri Lanka’s spinners pose when the match gets underway.

“These players have practised very hard. I don’t believe practices are going to make a huge amount of difference. Mentally there are a few things we have to put right, we have to remind ourselves that we are back in Test match mode, it is tough. We have two more days in Colombo to prepare for the next Test, it is not the end of the world,” said the 44-year-old. 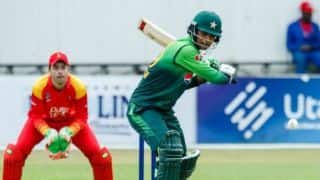