South Africa won the toss and decided to bowl in the decisive final one-day international against Pakistan on Wednesday. The match at Newlands is a series decider with both teams having won twice in the first four games.

Mulder was a late addition to the squad after missing most of the season because of injury.

We want to look at our all-rounders and see how they respond in this sort of situation, said South African captain Faf du Plessis. (ALSO READ: Sarfraz Ahmed slams Shoaib Akhtar for personal attack )

Pakistan were unchanged. Stand-in captain Shoaib Malik said he was happy to bat first in what is effectively a final. “It is a big game and if you put a score on the board it puts your opponents under pressure,” he said. 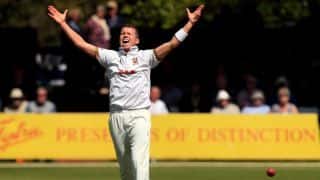