The clinic was held in Colombo ahead of their second Test against Sri Lanka.

Members of the South Africa squad took time out to host a coaching clinic for visually impaired cricketers in Colombo on Tuesday, ahead of their second Test against Sri Lanka, which is underway at the Sinhalese Sports Club Ground.

The clinic is part of the ‘Seeing is Believing’ campaign, which aims to raise funds for Sri Lanka’s visually impaired cricket team heading to the World Cup to be held in South Africa in November.

South Africa’s fast-medium bowler Kyle Abbot said that Mandela Day took place while the first Test match was on in Galle so they sort of see this coaching clinic as their way of giving their 67 minutes for Mandela, Sport24 reported.

Abbot said that the ‘ Seeing is Believing ‘ campaign is doing wonders for the visually impaired cricketers in Sri Lanka and the South African squad is humbled to have played a part in raising funds for the initiative.

The South African and Sri Lankan cricketers have been involved in various fund-raising activities this week, and have managed to raise nearly one million rupees for the charity so far, the report added. India vs England 3rd Test at Southampton: England must persist with Ben Stokes despite poor form 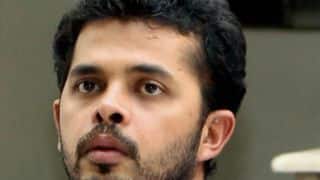