India need to get rid of AB de Villiers quickly in the final session of Day Three.

The second Test between India and South Africa hangs in the balance, albeit slightly in favour of the hosts, at tea on Day Three. India were dismissed for 307 courtesy Virat Kohli’s 153. His was the last wicket to fall. In reply, South Africa lost early wickets before AB de Villiers and Dean Elgar revamped proceedings. At present, South Africa lead by 88 runs.

Kohli resumed with Ishant after lunch. Ishant showed resistance and played with soft hands to negate the edges. He didn’t show inclination towards the deliveries pitched outside off. Seeing his defensive approach, Faf du Plessis and co. resorted to the short ball ploy with a forward short-leg. The strategy worked: Ishant fended but gave a simple catch to Aiden Markram.

Kohli continued to pile vital runs. As a result, he joined Don Bradman in an elite list that of 8 scores in excess of 150 as captain. Nonetheless, Kohli fell short of Sachin Tendulkar’s 169, the highest score by an Indian in South Africa. His 153 is now the joint-third highest (along with Cheteshwar Pujara).

In reply, Jasprit Bumrah’s twin strikes hurt South Africa. His length deliveries trapped Markram and Hashim Amla. Since then, an aggressive de Villiers and a tentative Elgar have held the innings together. India remain sloppy in the field and drifted deliveries around the pads at regular intervals.

Batting fourth, India cannot afford to relax at any cost. They need to inject regular breakthroughs post the break. 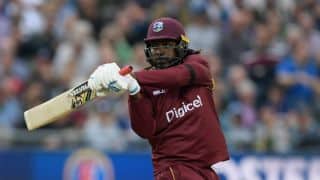 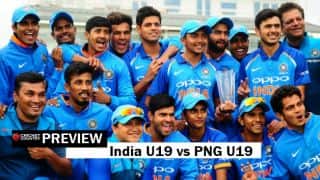