SA have planned to play 23 ODIs against five different opposition.

South Africa, who are in the same group as holders India in the ICC World Cup 2015, would prepare for the mega event by playing eight One-Day International (ODI) games in Australia as well as New Zealand, the joint Cup hosts, in October-November.

South Africa, who would clash in the World Cup with India in Pool B on February 22 under lights at the Melbourne Cricket Ground (MCG), are to play three ODIs against New Zealand in October before crossing the Tasman Sea and play Australia in a best-of-five ODI series in November, Cricket South Africa (CSA) announced on Monday.

South Africa and Australia would also play a best-of-three Twenty20 International (T20I) series before the Proteas return home to continue their preparations against the the West Indies in a full series comprising three Tests, five ODIs and two T20 Internationals, CSA stated.

In all, the Proteas have planned to play 23 ODIs against five different opposition as the build-up for the mega event which they have never won before.

There could be a 24th match if the Proteas ODI squad qualifies for the final of the triangular tournament against Zimbabwe and Australia in Harare in August-September, CSA said.

South Africa would also play six Test matches in the six-month period between July and January, 2015 which includes two-match series against Sri Lanka which was postponed last year.

The revised schedule sees a further 13 ODI matches added to the programme in the current FTP schedule, CSA said.

“Once we have completed our challenge for the ICC World Twenty20 in Bangladesh next month, we will turn much of our attention to next year’s World Cup,” said CSA Chief Executive Haroon Lorgat.

“Building quality experience is a vital part of preparing our ODI squad for the World Cup in Australia and New Zealand. The series of ODI matches we will be playing in these two countries will provide valuable experience for the players as they prepare for the conditions expected during the World Cup,” he added. 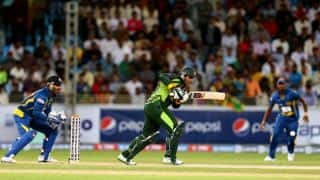 Gary Kirsten wants to coach England only after a decade