With 58 Test's, 64 ODI's, T20I's and 21 years of First class cricket under his belt, McKenzie bid adieu to professional cricket earlier this year

Neil McKenzie has been retained by South Africa as the batting consultant. McKenzie, who was earlier signed for a short period until the end of T20 World Cup 2016, is now set to remain with the Proteas side for 12 more months. With 58 Test’s, 64 ODI’s, T20I’s and 21 years of First class cricket under his belt, McKenzie bid adieu to professional cricket earlier this year. While there has been no official confirmation regarding the extension of his contract by Cricket South Africa, McKenzie has confirmed his new contract will expire in April 2017, the same time the contract of current South Africa head coach Russell Domingo expires. ALSO READ: T20 World Cup 2016: Russell Domingo puzzled by South Africa’s poor performances

Mckenzie was a right hand batsman who made his international debut in 2000 against Zimbabwe in an ODI. A strong player of the leg side, McKenzie was considered a brilliant player of spin. He amassed a total of 3253 Test runs and 1688 ODI runs, averaging a decent 37 in both the formats.

Earlier, South Africa had  a poor T20 World Cup, as they failed to qualify from the Super-10’s, losing two games and winning two. The Proteas’ side, considered by many to be the most complete side, failed to leave their mark in the tournament. Their campaign got of to a shocking start, as they failed to defend 229 runs against England. Their next game saw them beat Afghanistan by 37 runs to keep their T20 semi-finals hopes alive. But all their chances were trashed as they lost to West Indies in dramatic fashion. In an dead-rubber final game, they went on to convincingly beat Sri Lanka, which mattered for little.

-With inputs from sport24 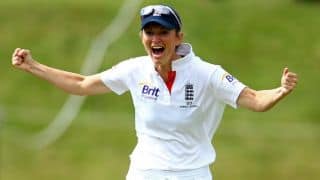