AB de Villiers fired a warning that the rookie Australian batsman would be a target.

South African batsman AB de Villiers has said that his side would target Australian batter Alex Doolan if the player remains at first drop for the second Test against Australia in Port Elizabeth.

Doolan, who made a nervy 27 in the first innings and far more fluent 89 in the second dig of Australia’s resounding win at Centurion, could potentially be the unlucky one to miss out if Shane Watson is passed fit to return to the XI for the next Test.

According to the Sydney Morning Herald, however, if Doolan, who fell nine runs short of a century on debut in the first Test, is selected, then De Villiers said that his side would target the batsman and expose his lack of international experience.

De Villiers further said that even though Doolan played well, the pressure is on their side as he is not very comfortable at the international level yet and would be an easy target to attack if they manage to have confidence and momentum on their side. The squad has two days of training at St George’s Park before the clash begins in conditions expected to be hot and humid, the report added. 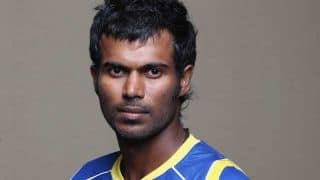 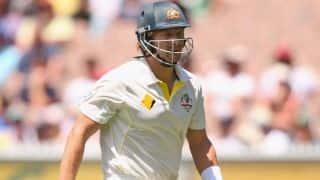