Bangladesh take on South Africa in 3 ODIs and 2 Tests and T20Is each.

Dhaka: No one can blame Bangladesh if they dream of beating South Africa now. They are riding high after the ICC Cricket World Cup 2015 quarter-finals appearance and sealing the series against Asian giants India and Pakistan.

But captain Mashrafe Mortaza told that the Proteas will be tougher opponents than India were.

India are second in One-Day International (ODI) rankings while South Africa are fourth. The World Cup semi-finalists are not so familiar with the conditions and wickets of the subcontinent. Their weakness against spin is no secret and they will be playing in the scorching heat in Bangladesh. READ: Bangladesh must carry momentum against South Africa, says Mashrafe Mortaza

Still, Mashrafe feels South Africa are a more balanced side than India.

“India are strong in batting, but not with the ball. I had said before the series that we would win if our bowlers could stop their batsmen and it happened so. But we’ll have to do well in every area if we want to beat South Africa because they do not have any weaknesses,” Mortaza said. READ: Bangladesh can play their best anywhere in the world, says Mortaza

He also believes South Africa have a better bowling attack.

“We can think of victory if India set a target of 270 runs, but it will be difficult to chase 270 against South Africa,” he said.

Though world’s premium fast bowler Dale Steyn is not coming, Mashrafe reckons the South African pace attack will be strong with spinner Imran Tahir adding variation. He warned Bangladesh about the South African batting. READ: Taskin Ahmed out of action due to rib injury

South Africa’s tour of Bangladesh is scheduled to start next month. 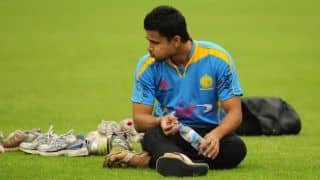 Bangladesh cricket fans should not be too greedy: Mashrafe Mortaza 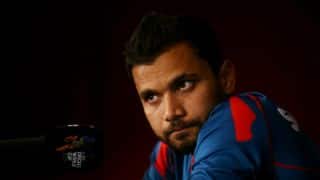