Stand-in coach Bayliss said that Australia can improve their rank in the shortest format in series vs SA.

Australia stand-in Twenty20 (T20) coach Trevor Bayliss expressed his concern over his team’s lowly ranking in international Twenty20 cricket. Bayliss however, was hopeful that Australia could progress through the ranks in the upcoming three-match T20I series against South Africa at home.

Australia, ranked second in both the Test and One-Day International (ODI) rankings, are placed fifth on the T20I charts. Unlike their accomplishments in the other formats, Australia are yet to win an ICC World Twenty20.

Bayliss is filling in the spot of the coach of the second-string T20 team in place of Darren Lehmann, who is busy with Australia’s ongoing Test series against Pakistan in the UAE. “Come here and play your own game, keep things simple and you give yourself the best opportunity to succeed,” Bayliss said in a message to the T20 squad.

Bayliss was uncertain about the causes of Australia’s low T20 rank. “It’s a concern.You always want to be as high up the ladder as possible. And the ultimate goal, I’m sure, is to be number one in all three formats of the game. That is a very difficult thing to do but that is the aim,” said Bayliss.

We have got some very good opposition to play but I’m a believer that if we play some good cricket, there’s no reason why we can’t win this series and win it well,” added Bayliss. 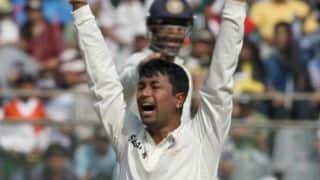