South Africa have not lost a Test series at home or away in five years.

The record of South Africa in the last five years has revealed that they can bounce back from early setbacks in Test series, according to a South African website.

South Africa lost the first of three Tests against Australia in Centurion and are playing in the second Test in Port Elizabeth searching for answers after Australian fast bowler Mitchell Johnson destroyed them with match figures of 12 for 127.

However, Sport24 reports that the hosts have played 14 Test series since their last series defeat, according to Die Burger’s website.

The report also mentioned that they won eight of the series and drew six, while also winning six of the last seven series.

The last time the South Africans lost a series was at home against Australia five years ago which was also the last time Graeme Smith’s men lost two Tests in a row. 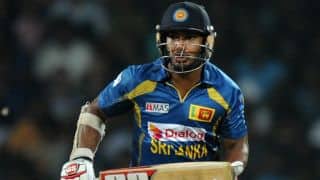